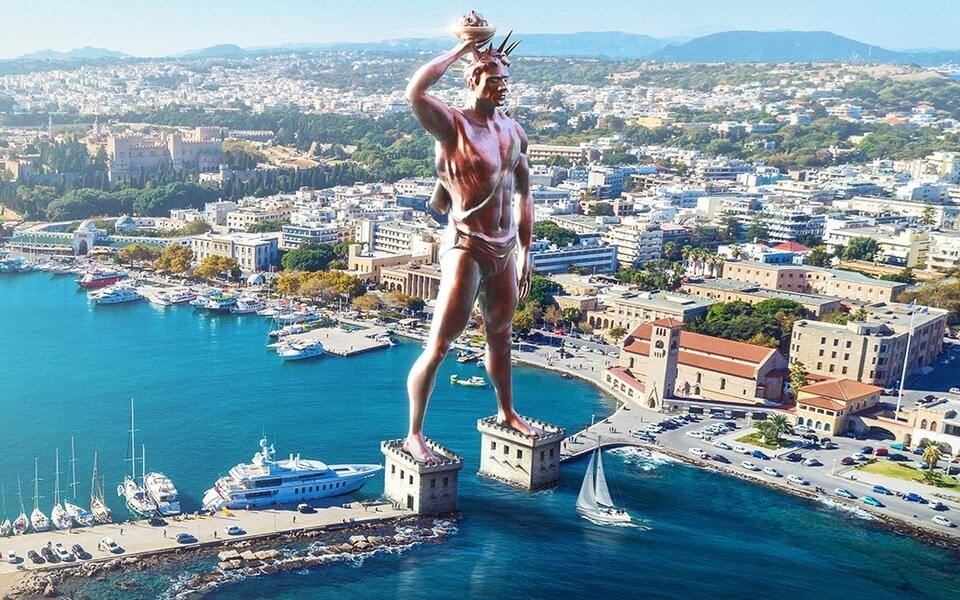 INSURANCE: A KEY TO MODERN CIVILIZATION & YOUR WEALTH BUILDING!

The History of Insurance

Insurance, along with double entry book-keeping (accounting), the limited liability corporation and fractional reserve lending/banking is considered one of the underappreciated pillars that make modern civilization possible. Without it, and related risk mitigation and sharing structures like the LLC, exploratory expeditions would never have been launched, skyscrapers and great buildings would never have been built, and American colonies in the New World would never have been funded or ventured.

Insurance is not the invention of the modern world—It has evolved over thousands of years, right along with human society.

The first recorded use of insurance took place in approximately 4500 BC when Chinese and Babylonian merchants experienced significant losses when vessels carrying their merchandise up and down rivers or on the sea often capsized during travel. Merchants and traders began utilizing two forms of risk management to limit their losses. Some used numerous vessels to transport a single shipment to reduce the likelihood of loss. Others, who obtained loans to finance their shipments, paid an additional amount of money to a lender in exchange for the lender’s promise that the loan would be considered satisfied if the shipments was stolen or lost during travel. 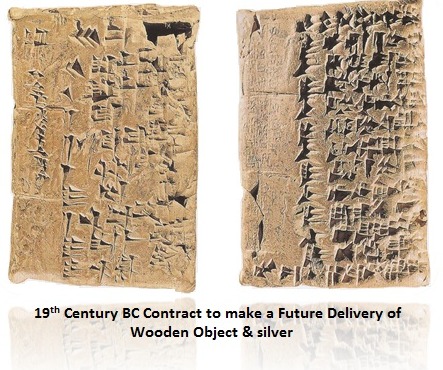 Citizens of ancient Rhodes created the concept of general average, which is used today in ocean marine insurance. This concept involves a number of merchants shipping goods together and paying a sum equal to the proportionate value of their share of the entire shipment. If the ship sank or the shipment was jettisoned, the merchants were reimbursed for their losses. 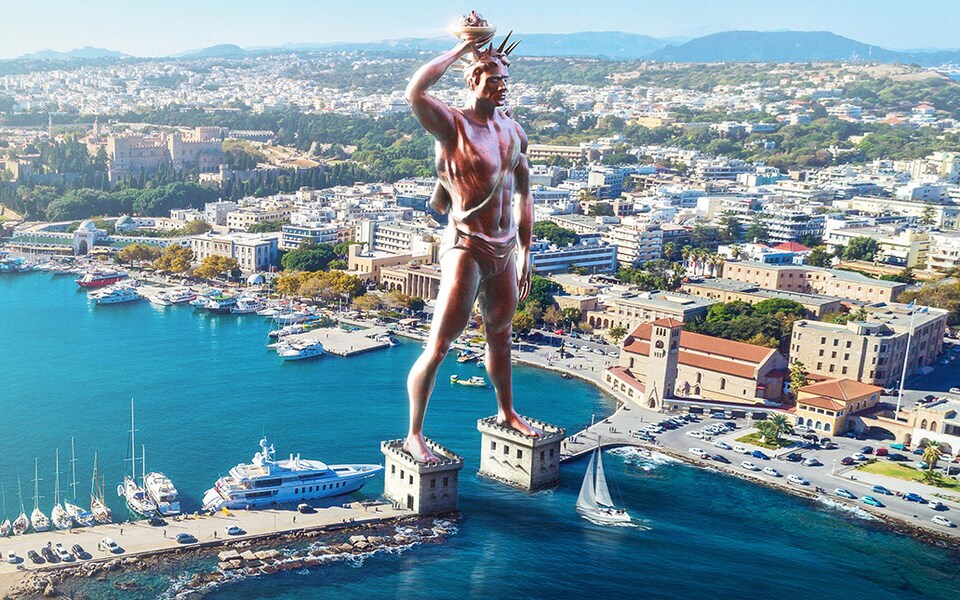 The 158-ft Colossus of Rhodes once stood astride Mandraki Harbour in Greece, its feet firmly planted on 49ft pedestals so that boats, many with cargoes ingeniously insured, could pass between its stride. Representing the sun god Helios, it was sculpted in 280 BC from the melted-down weapons and shields of the Cypriot army, whom Rhodes had recently conquered. (It was destroyed by an earthquake just half a century later but its ruins remained visible for a further 800 years, until Muslim caliph Muawiyah I melted the statue down and sold it for scrap, so says The Chronicle of Theophanes the Confessor)

The first benevolent and fraternal societies were created in Greece and Rome in approximately 600 AD; these societies gave birth to life insurance by caring for the surviving families of people who died, in addition to paying for funeral expenses. Similar groups cropped up throughout the world for the same purposes:  Guilds in the middle ages and, before the 17th century, friendly societies existed in England. In Genoa in the 14th century, actual insurance contracts were created, and were separate from financial investments, for use extensively in marine insurance.

In the early 1600’s in England, individual forms of insurance appeared in London. Some insured the safe arrival of ships transporting merchandise and others insured the lives of wealthy individuals. Because of London’s increasing prominence as a center for trade during that time, the demand for marine insurance in England grew significantly.

Property insurance, as it is known today, is the direct result of the Great Fire of London in 1666. The tragedy involved a three day rampage that began in the bakery owned by Thomas Farynor and which destroyed most of the central city, including St. Paul’s Cathedral, almost 100 churches, the General Post Office, over 13,000 homes, and a number of city prisons. As a result of the devastation, Nicholas Barbon and eleven of his business associates formed the first fire insurance company.

In 1680, Edward Lloyd opened a coffee house on Tower Street in London and it soon became the primary meeting place for ship owners, ship captains, and merchants. As its popularity grew, along with the reliability of shipping information acquired from those who met at the coffee house, others wishing to either insure their shipments and cargoes or underwrite their business enterprises also joined the meetings. Edward Lloyd’s coffee house moved to Lombard Street in late 1691 and became the precursor to Lloyd’s of London, which although it is not an insurance company, is currently the primary underwriter of reinsurance, marine insurance, and specialty insurance in the world.

The first insurance company in the United States was founded in Charleston, South Carolina in 1732 and sold only fire insurance. Benjamin Franklin was a big proponent of fire insurance and became instrumental in spreading its popularity. In 1752, he founded the Philadelphia Contributionship for the Insurance of Houses from Loss by Fire, which is the oldest property insurance company doing business in the United States today. The office of the Philadelphia Contributionship is currently located in Philadelphia, Pennsylvania and the brick building, which is a National Historic Landmark, was constructed in 1835. Franklin is also the founding father of fire and loss prevention. From the beginning, his insurance company warned against fire hazards and refused to insure building that involved a great deal of risk—such as wooden houses. 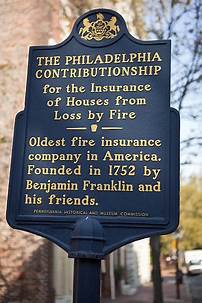 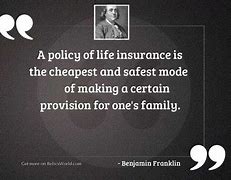 Ben Franklin was a key "influencer" in the popularization of insurance in the United States.

Life insurance sales became popular in the United States in the late 1760’s when two particular insurance companies were formed for the benefit of Presbyterian ministers and Episcopalian priests and their families. Until the Civil War, many life insurance companies actually permitted individuals to insure the lives of their slaves.

In the late 1800’s, accident insurance became popular and, at that time, it worked in the same fashion that modern day disability insurance works. However, it offered coverage for injuries sustained only in railroad and steamboat accidents. Hospital and medical expense insurance policies weren’t established until the early 1920’s, when the Blue Cross and Blue Shield organizations were formed.

The tragic fires in New York﻿ (1835) and Chicago (1871) created the realization that insurance was needed for the protection of people and property after catastrophes occurred. The fire in New York was caused by a burst gas pipe in a warehouse and it wiped out the New York Stock Exchange and most of the buildings in southeast Manhattan near Wall Street. Only two people were killed, but the value of property damage was estimated at $20,000,000. Today, the amount of damage would translate into hundreds of millions of dollars. Most of the destroyed buildings had been constructed of wood and replacement buildings were constructed of stone and brick to prevent a future disaster of similar proportions. Several of the insurance companies providing coverage for the destroyed buildings were domiciled in New York; when their home offices perished in the fire, the companies went bankrupt, thus preventing them from paying claims to their policyholders.

The fire in Chicago is rumored to have begun in a shed in an alley bordering DeKoven Street; the precise cause is not known, although several theories exist. It spread to neighboring wood homes and high winds compounded the rapid proliferation of the fire, which eventually consumed approximately four square miles. It jumped over bridges and rivers, caused mass panic, killed between 200 and 300 people, and demolished the central business district of Chicago, City Hall, the opera house and theaters, and numerous hotels, department stores, homes, mansions, and churches. The fire eventually burned itself out after annihilating roughly one-third of the property valuation of the city of Chicago and leaving thirty percent of the city’s 300,000 inhabitants homeless. Immediately after the fire, reform began at the insistence of insurance executives and firefighting forces.

The Industrial Revolution and, especially, the invention of the automobile, created the need for public liability insurance and workers’ compensation insurance. Until industrialization in this country, American society placed the responsibility for safety and injury upon the individual:  it was a person’s responsibility to purchase only reliable products, to deal with responsible vendors, and to prevent his own bodily injuries. Once people began driving automobiles and factories began utilizing machinery, it became evident that an individual could not control the consequences of the use of such machinery.

Unemployment, Social Security, Crop, and Flood insurance are the most recently created forms of insurance in the United States and were instituted in:

At Maendel Wealth, we offer various forms of Life Insurance as well as strategies via indexed annuities and other products that provide an element of insurance in the event of unexpected Longevity/Income Assurance and Portfolio/Market declines through many industry-leading riders available, used where appropriate, at various costs and benefits which are fully explained to our clients.

Factor investing is part of our "secret sauce" that can help maximize your odds of being a successful investor in many ways, including helping you control and avoid self-defeating investor behaviors. 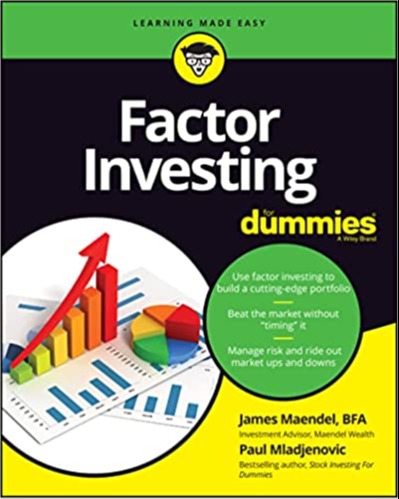