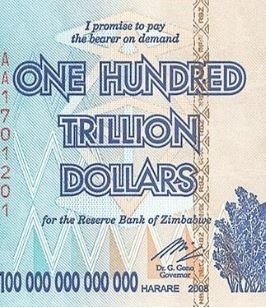 The Best-Performing Investment of the past Twelve Years?

What’s been one of the best-performing investments of the past twelve years? FANG stocks? Shanghai property? Digital assets? Up there with the best, believe it or not, are Zimbabwean 100 trillion dollar notes.

A trillion, by the way, is a million million, with 12 zeros. You'll need to add another two to reach the total on the Zimbabwean 100 trillion dollar bill, the note with the most zeroes of any legal tender in all recorded history. These bills were in circulation for a few months in 2009 at the peak of one of the most terrible cases of hyperinflation in history, before president Harare finally abandoned the Zimbabwean dollar in favor of the South African rand, the US dollar and a mash of other foreign currencies as barter quickly became the preferred method of exchange. 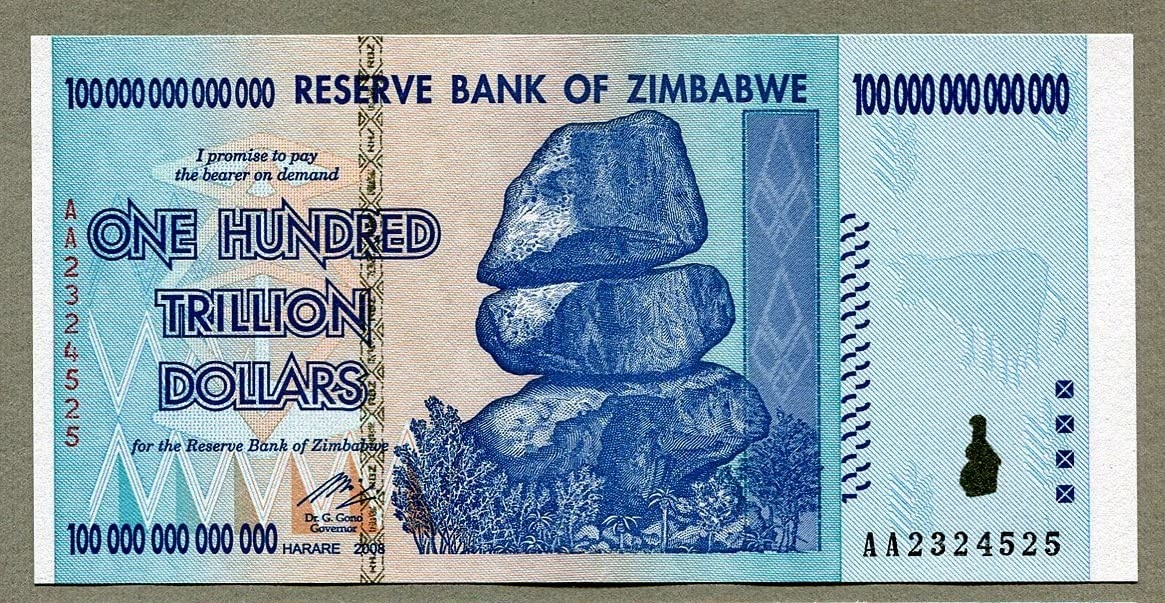 At one stage the hundred trillion dollar note would not even cover a cup of coffee. There are stories of prices rising so rapidly that a journalist could end up paying twice as much for his restaurant meal if he wasn't savvy enough to pre-pay at the beginning of the meal like the locals did.

Shopkeepers would frequently double prices between the morning and afternoon, leaving workers’ pay almost worthless by the end of the day, and some were given breaks so they could rush out and convert the cash to something tangible before it inflated away.

I remember buying a stack on eBay in 2009, for around a dollar each. There's still one mounted on the wall in my office.  I've always found it to be a great conversation starter to show clients why they should consider investing away from cash into a diverse range of assets, such as real estate, gold, stocks, commodities and equities. Over the long term, cash loses its value, and with enough government mismanagement, that value can evaporate much faster than most retirees expect.

Our kids used to take them to school for "show and tell".

At one point we would hand out ZIM notes to clients and at Maendel Wealth seminars as novelties and "teachable moments" -tangible object lessons about the dangers of staying too "safe", having all your eggs in one basket, and governments that try to print their way to prosperity.

That same uncirculated note now goes for around $250! 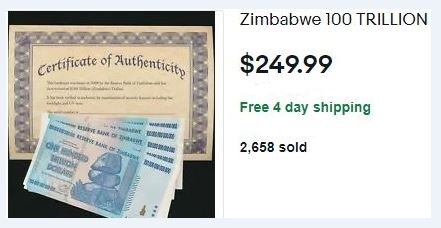 It's  a mind blowing irony to me, that the 100 trillion dollar note – a symbol of financial mismanagement on a colossal scale – has turned into one of the best-performing asset classes of recent years, and perhaps of all time.

*nothing here should be construed as a recommendation to buy or sell any asset class, including currencies or collectibles. This blog is presented for entertainment purposes only. Always consult your trusted financial advisor before making any investment decision.